The Maccabi VAC took part in the Limmud Conference from October 30 to November 1! This year we introduced out star chess department, their third debut after the Theodore Herzl games and the Youth World championships. The program was so successful, that not only did many interested people visit our group, but about 30-40 people even learned how to play! So much so, that the players were still in games after the program had come to a close.

The winner of the men’s game: Arpad Ruzs, world champion

The winner of the women’s game: Gabriella Pereszlényi

It is our goal to include more and more sports in our repertoire, to showcase our different departments, and to strengthen the bonds between Judaism, culture, and sport in collaboration with the Limmud Conference. 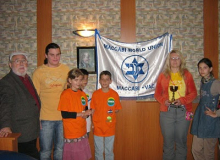 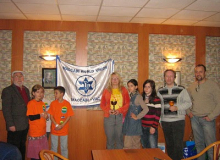